June and July have been a blast for Rita

We are grateful and thankful for the successful run of Who You Callin Black Eh? at the Toronto Fringe Festival July 4-14, and deeply honoured to have been awarded the Teen Jury Critics Prize (TeenJur).


Please check out this review of American Refugees: Turning to Canada for Freedom.


And this interview which aired July 4 on CBC TV Toronto, host Dwight Drummond: 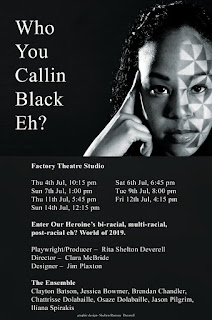 Posted by RJ Deverell Productions at 12:07 PM No comments: Links to this post 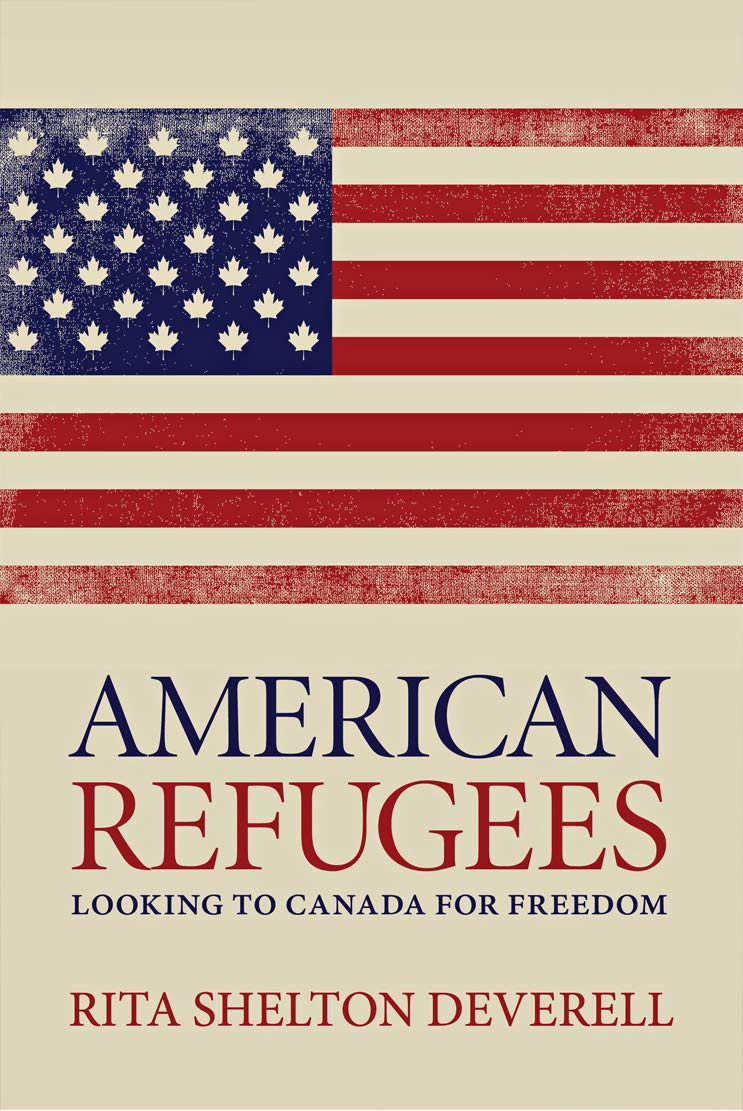 American Refugees: Looking to Canada for Freedom
is slated for publication in April of 2019 by University of Regina Press.
When it became clear that Donald Trump would become the new US president on election night in 2016, the website for Citizenship and Immigration Canada crashed. It was overwhelmed by Americans afraid that the United States would once again enter a period of intolerance and military aggression. In American Refugees, Rita Deverell shows that from the Revolutionary War to the Underground Railroad through to McCarthyism and Vietnam, Americans have fled to Canada in times of crisis. Many still flee. All have sought better lives, while helping to shape Canada into the country it is today.

It can be pre-ordered from Amazon.
Posted by RJ Deverell Productions at 12:56 PM No comments: Links to this post 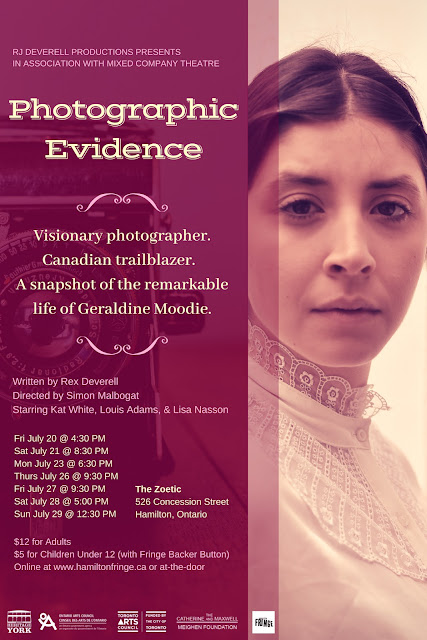 Posted by RJ Deverell Productions at 6:35 AM No comments: Links to this post

Photographic Evidence II
An extended version of Rex's play about Geraldine Moodie will be performed at the Hamilton Fringe Festival this summer. (July 19 - July 29)


Posted by RJ Deverell Productions at 10:13 AM No comments: Links to this post 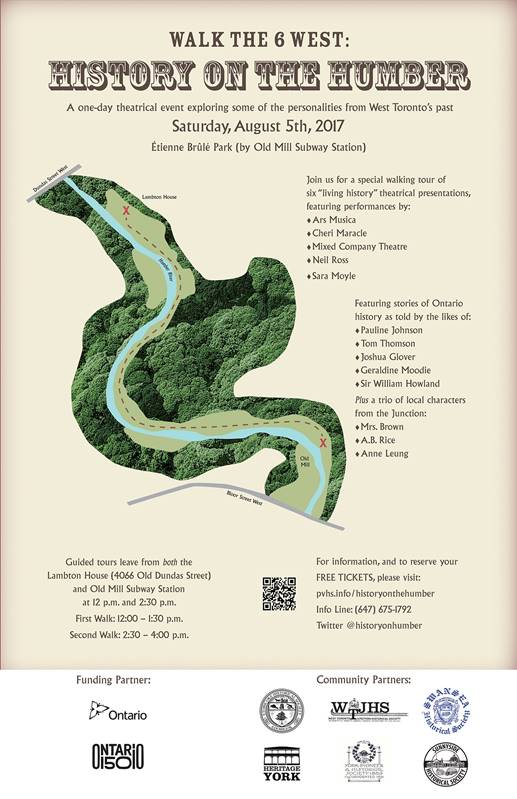 Rex has a 15 minute, one woman play in this site-specific theatrical event. "Photographic Evidence" is about a remarkable woman photographer, granddaughter of Susanna Moodie, one of the first to photograph portraits in the Canadian North West and High Arctic. Nicolle Wilson brings Geraldine Moodie to vivid life  in this Mixed Company production directed by Simon Malbogat.
Come and stroll along the Humber River in Toronto and see all six vignettes and find out about remarkable events and characters associated with the river. .

Rita --CBC Radio’s The Doc Project: a documentary about Rita has just been posted as part of a series featuring 15 black women:
http://www.cbc.ca/radio/docproject/upclose/rita-deverell-fought-her-way-on-stage-and-50-years-later-she-s-still-fighting-1.4207626

Rita--Canadian Race Relations Foundation: Check out Rita and others on the CRRF website: http://www.crrf-fcrr.ca/en/about/community/item/26468-deverell-rita-shelton

Rita --ROM Trustee: Rita was appointed by Order in Council to the Royal Ontario Museum’s Board of Trustees in January 2017.

Rex -- has received a commission to write the text for the new hymn to celebrate the 190'th anniversary of First Baptist Church, Halifax.(September 24, 2017)
Posted by RJ Deverell Productions at 6:34 PM No comments: Links to this post

An Opera in Two Acts

Time of Trouble traces the history of The Sisters of Charity, Halifax from their arrival on a Halifax Pier, May 11, 1849, to the granting by Pope Leo XIII of autonomy from the Archbishop of Halifax.
Particular dramatic focus is setupon the contrasting attitudes to the sisters by the successive Archbishops of Halifax, Connolly and Hannan,and singles out the self sacrificing vision and fortitude of Mother Mary Francis in her pursuit of independence for her order.
As the opera ends we leave the sisters ready for new tasks of community service in education especially, leading to the establishing of Mount Saint Vincent University and in today’s global concerns for ecology and women’s dignity

Posted by RJ Deverell Productions at 6:34 PM No comments: Links to this post 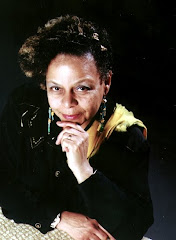 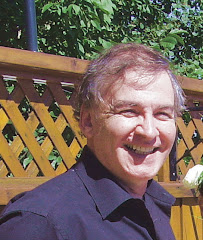